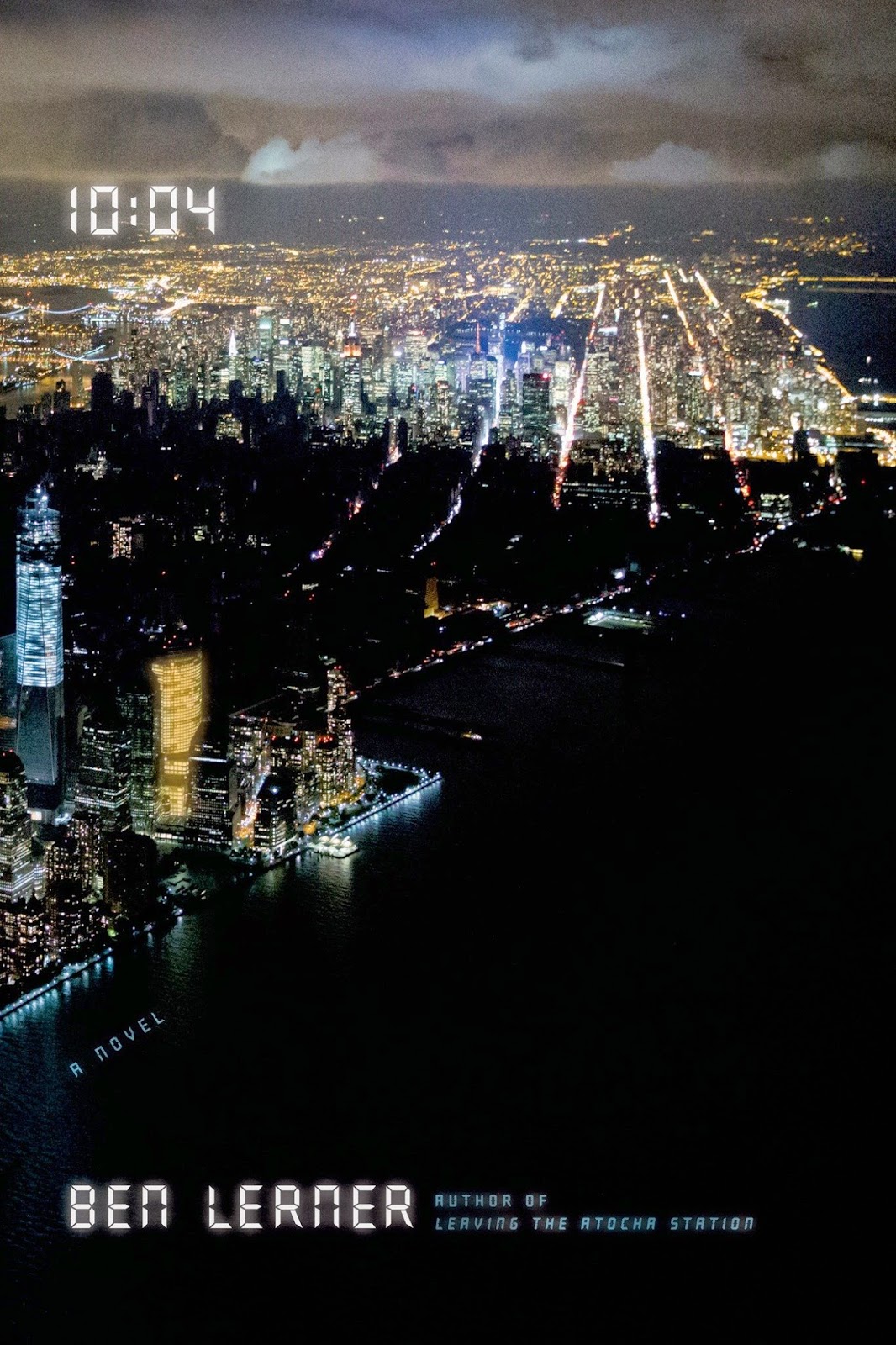 My review of Ben Lerner's second novel, 10:04, is up in the new Open Letters. Here's how it starts:


As a self-imposed pseudo-challenge, I recently decided to read T.S. Eliot’s “The Love Song of J. Alfred Prufrock” every day for 30 days. Though I left the tab open in my browser for a month, I failed to complete the challenge. Still, each time I re-read it, I was awed by the way Eliot posits a character and then projects on him a haughty, highbrow diction, creating ironic distance between author and speaker. Thus the poem unfolds like a kind of magic trick: Eliot manages to use “mock poetry voice” to write one of the most moving and beautiful poems in the English language.

I suspect that Ben Lerner—who wrote three acclaimed books of poetry before his first novel, 2012’s excellent Leaving the Atocha Station—is also an admirer of Eliot. In his second novel, 10:04, Lerner has created a work of autobiographical metafiction that continually finds new ways to refer to itself as writing—“the author” is never quite the author, the narrative is always one or two steps removed. Lerner as author is a master manipulator, immersing you into the flow of a story and then pulling you back up to the surface at will. On the first page he tells us: “I am kidding and I am not kidding.”

I found it to be a fascinating but also frustrating book. For example:


10:04 is repetitive—recursive—by design, but people who are interested in repetition tend (guess what?) to overdo it, and while at first I found it clever when a simile or analogy would show up in both the novel proper and in one of the embedded stories or poems, I eventually grew tired of seeing the same metaphors and turns of phrase (literally verbatim) over and over, almost as though the book were creating its own system of clichés. When something unusual happens, it’s always for “whatever complex of reasons”; the warmth, whether in New York or Texas, is always unseasonable. (You can’t write a work of near-real-time autobiographical metafiction, or NRTAMF, without the undercurrent of global warming.)

Anyway, I hope you'll read the review, and the book!

I also contributed to this month's "Title Menu" list feature, "10 Great 'Minor' Works by Major Writers" AKA in praise of b-sides. I wrote about U & I, Nicholson Baker's first nonfiction book:

It’s less about John Updike than it is about Baker’s weird obsession with Updike – weird not because Updike isn’t worthy but because Baker takes his fandom to such absurd, neurotic heights, approaching an imaginary rivalry: “Hardly a day has passed over the last thirteen years in which Updike has not occupied at least a thought or two,” he writes, then goes on to list all the Updike books he hasn’t read.

I also read Play It As It Lays, finally, then Alice Bolin on Joan Didion (coincidental timing), then a bunch of Didion essays I had never gotten around too. Then most of Bad Feminist by Roxane Gay (my favorite essay, oddly, had naught to do with feminism; it was the Scrabble essay; who knew Roxane Gay was a competitive Scrabble player?! Not I). (You can read the essay online, but it costs 99 cents.)

What have you been reading?
Posted by Elisa at 8:45 AM 12 comments: