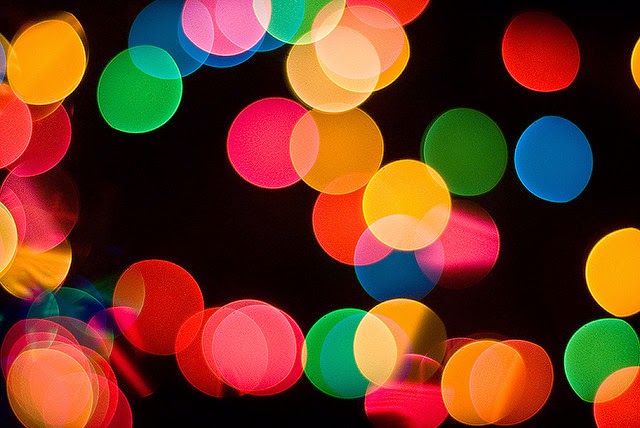 * The final installment of How Writers Read is up; you can read the full series here. Thanks to Hayden at the Believer for publishing the interviews, and thanks to Alice, Teju, Darcie, Jordan, Graham, Ruth, John, Ada, Leigh, and Laura for their fun and fascinating responses. I truly think it helped snap me out of my reading funk.

* I contributed to the EAT | READ series over at Everyday Genius, which will be a weekly beat on the forthcoming Real Pants. (More about Real Pants here -- I'll be writing a style column there starting in January.)

* I made a list of some of my favorite literary tweets of the year for Electric Literature.

* Also, check out Okey-Panky, another new magazine that will be featuring some of my Judy poems early next year. It will be weekly and is part of the Electric Lit family.

Image via George on Flickr
Posted by Elisa at 12:22 PM No comments:

My year in reading and some links

Hi guys! Happy December! Can you believe the year's almost over? I'm still writing 1976 on all my checks.... 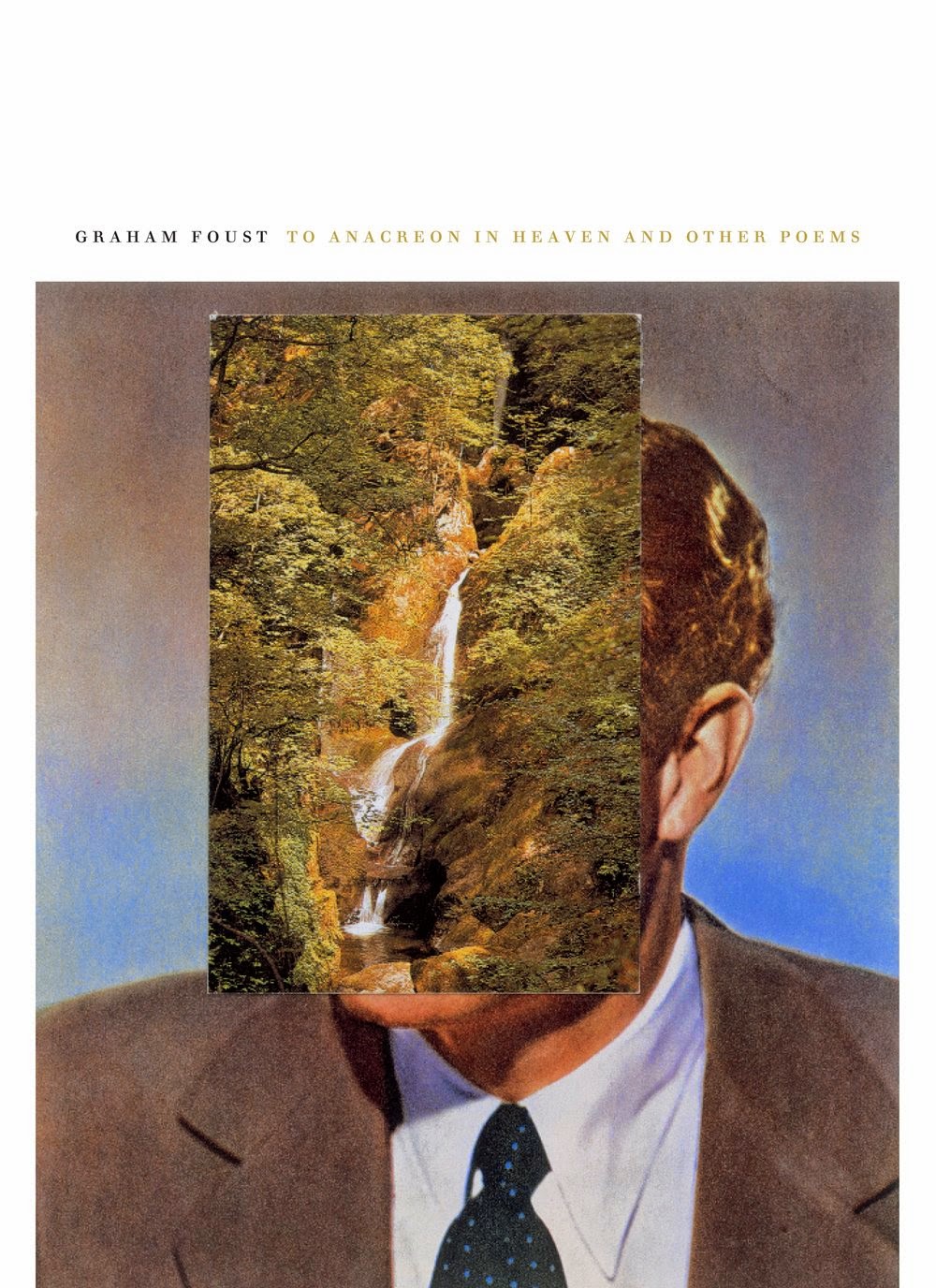 Anyway, I wanted to share a few links with you. First, I contributed to Open Letters Monthly's annual "Year in Reading" feature, writing about two of my favorite books of the year (that is, books that I read this year; they weren't published in 2014; sorry, I'm a slow reader). I wrote about Two Serious Ladies by Jane Bowles (more on that here) and To Anacreon in Heaven and Other Poems by Graham Foust. Here's a quick excerpt:


It’s so good I don’t want to finish it, and I keep going back to the beginning and starting again, afraid I may have missed some nuance through a moment of inattention. For example, I read the first three sections of the long poem “Ten Notes to the Muse” without having fully absorbed the title; I had to go back to discover the meaning of the “you” in lines like “Comes upon and at me does your gone-tinged promise,” and “You look like no one else; you look like smoke; I look like me.” There’s so much to latch onto in this poem – so many hooks, sounds, images, ideas – I’d love it even if I didn’t understand it as an entry in the tradition of muse poetry. But the poet is also, of course, talking to himself, as he does more explicitly in the poem titled “To Graham Foust on the Morning of his Fortieth Birthday”:

You and I are one another in the ways the closest whisper might be called a kiss, and here we are – kiss or no kiss, kiss or not – up close and vanished as per standardized desire.

That said I’m both camera and satellite, so let’s cut live now to where it’s night to catch crowds rushing out of various overpriced events converting their initial impressions into speech they can’t be bothered to commit to memory.

In your sad and American manner, you get as choked up about the collective as you do over the individual.

When it comes to songs, you’re up and down for them, whether anthem or unfathomable murmur.

The tone is often wry and the sentences often knotty. At his best, Foust has the ability to bend simple language into something startlingly complex, like the twist that turns a strip of paper into a Mobius band: “I sing as if I’m eating what I’m singing from a knife.”

Honestly, I read very little poetry this year, mostly just the Foust and Culture of One by Alice Notley, both at a snail's pace because I love them so much I want to savor them. When I turned in my piece, I had forgotten that I also read Autobiography of a Face by Lucy Grealy this year, or I would have included that as my favorite nonfiction read; it was beautiful and so intelligent. I am also really enjoying The Chairs Are Where the People Go by Misha Glouberman with Sheila Heti, a book of funny little philosophical essays on topics like compromise, talking to strangers, and how to be better at charades. A few other novels I read in 2014: Faces in the Crowd by Valeria Luiselli (very interesting short novel translated from Spanish; John reviewed it here), The Folded Leaf by William Maxwell, Voyage in the Dark by Jean Rhys (loved it but I think I loved Good Morning, Midnight more), Three Dollars by Elliot Perlman (the longest novel I managed to read this year; very funny and reminded me a lot of Gabriel Roth's novel, The Unknowns, one of my faves from '13). Oh, and 10:04 by Ben Lerner of course (I reviewed it here).

Also, The Believer Logger has been publishing a three-part interview I did called "How Writers Read." I asked 10 writers in different genres (Alice Bolin, Teju Cole, Darcie Dennigan, Jordan Ellenberg, Graham Foust, Ruth Graham, J. Robert Lennon, Ada Limon, Leigh Stein, and Laura van den Berg) 13 questions about their reading habits. In Part 1 I asked the authors if they ever get "reader's block" (which I've been suffering from this year), what genres they read most, and where and when they read. In Part 2 I got the dirt on whether they read YA, genre fiction or other guilty pleasures plus whether they prefer shorter or longer books. Some samples:

3) Where and when do you usually read? In bed? On the train?

TEJU COLE: Everywhere. How long does it take to pee? Twenty-five seconds? I like to have something in hand even while doing that. (Don’t look at me that way, it’s not such a tricky skill.)

DARCIE DENNIGAN: At a coffee shop is best. That way, if I’m reading something good, something worth reading, it will be ok—I’ll be safe, there will be people around, my life won’t be totally changed because there’s the world going on right there and I can step back into it.

5) Do you gravitate toward shorter books or longer books?

LAURA VAN DEN BERG: Shorter. A lot of my favorite novels—The Lover, The Loser, The Naked Eye—are under 250 pages, if not shorter. There are many long novels I love, but sometimes I have a low threshold for doorstoppers. Especially if the book is really really long and historical and involves some sort of multi-generational family saga, all handled with great loyalty to the conventions of realism; in all likelihood I will never read such a book. I have a horror of boredom. That is entirely my own weird failing and I’m sure I’m missing a lot. I will have to console myself with yet another viewing of Demolition Man.

Finally, thank you to Entropy Mag for including The Self Unstable on its list of the best non-fiction of 2014, even though it technically came out in late 2013.

What were your favorite reads of the year?
Posted by Elisa at 12:54 PM 1 comment: