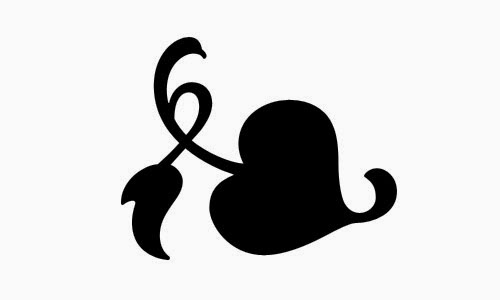 "Since last we spoke," I've written a couple of new essays for The Smart Set (which just got an attractive redesign). Here's one on "the mind of poetry" (the mental state I require in order to read it) and the difference between poetry and prose:


There are probably people who go through life with a permanent mind of poetry. I am not one of those people. I fall in and out of it, and not at will. As I write this, I am not in it, and have not been for three or four months, which is to say, I have not been able to focus on or become absorbed in any book of poetry. Oddly, I have continued to write poetry. I continue to think about poetry, almost daily. As my Twitter feed reveals, one doesn’t need a mind of poetry to talk about poetry.

But I don’t want to read it. Or – and this is how it feels, when I’ve lost my mind for poetry – poetry doesn’t want me to read it. I can look at the words on the page and feel fairly certain that they represent good poetry, but I remain unmoved and unengaged. It’s like looking at an attractive person when you’re freshly in love with someone else: an empty appreciation that leads nowhere. When I’m in the mood for poetry, it’s not a seduction on my part; it’s more like the poem and I have chemistry.

And another on the art of the paragraph:


In nonfiction, I’m obsessed with what I’ve come to think of as the invisible transition, where there is no clear, necessary connection between two paragraphs, and yet – something happens. The juxtaposition isn’t as jarring as a non sequitur, but it could have been otherwise. In fact I’d argue that what’s mostly “lyric” about a so-called lyric essay are these transitions, these leaps, more so than some inherently “poetic” quality of the language. Invisible transitions make a text feel more open, and inside these openings, essays gesture toward poetry. (Gertrude Stein said “Sentences are not emotional but paragraphs are,” though who knows if she meant it.)

Further, I am going to be doing an advice column for writers over at Electric Literature, called The Blunt Instrument (so named because I will not pull punches; duh).


In this new monthly advice column, I’ll respond to real questions (anonymous or not; your choice) about writing. Questions will be selected based on relevance to the Electric Literature audience and my personal whims. I may not be gentle, but I will endeavor to be useful. You can send your questions to blunt@electricliterature.com.

Also at Electric Lit, a piece about translation and the role of expertise in criticism, "Who Gets to Review?":


Who should review Ishiguro? His novels frequently incorporate elements of fantasy or science fiction without committing fully to the conventions of those genres. Is it better or worse, when picking up an Ishiguro book, to have expertise in fantasy and science fiction? Could that expertise actually prejudice you against the work? In theory expertise should help. It should also help to have knowledge of Japanese folk tales, of post-war exile, of collective consciousness, of the science of memory. I know a little about neuroscience; does it help? I suppose it only helps if you’re sympathetic in the first place to the author’s intentions. It doesn’t help if you come to it wanting either a faithful representation of the world as it is, or a fully imagined fictional world, instead of something in between, a world full of holes. Your eyes don’t collect all the information necessary to rebuild the world in your head; it would be a waste of resources. Instead they collect just enough data to get a sketch, and your mind fills in the rest. (Obviously, there’s a wall over there, and a ceiling above us.) Ishiguro seems interested in allowing us to experience that world in the middle, between the outside reality we have no direct access to, and the internal world, with all our assumptions comfortably in place.

And finally, this little squib (did you know "squib" can refer to a small explosive device or a half-wizard or almost anything?) that I found in my Gmail drafts, intending to use it in one of my Real Pants style columns, but I never did:


One of my mantras is "style isn't personal." I believe that, like taste, style is more a result of your socioeconomic status, your education, your age, your peer group than something carefully constructed out of a variation of free will. Free will isn't really free but it might as well be; it certainly feels free. Similarly, style feels personal.